Twilight skies are still blue!
I found another reason to like HDR this morning while working over images I shot last night. Just after sunset there is still some very intense blues in the sky and Photomatix HDR actually does an awesome job of preserving those tones, or at least has the data there so you can pull it out and manipulate it for the final image. I was out from shortly after 8PM, about 45 minutes or so after sunset and those images captured in the first few minutes of shooting had skies with some really intense blues. By 8:30 the images were lacking that blue but picked up a very strange, almost cyan hue from the direction of downtown LA which is a nice recording of the light pollution emitted by the metro area at large.
What I am totally digging is the surreal images that can come out of this entire process. The color of light provided by nature vs man is just another extension of an area I've been exploring for a while. HDR has opened up a few more ways to communicate what I see. I really like the way it over emphasizes color contrasts....rich blue skies and a radioactive glow to that man made, or added by man to nature by accident in the form of light pollution. This is a path I do believe I will meander down a bit more and explore in the coming weeks.
I do see the potential to explore more at dusk as the range of colors and natural contrast has the potential to produce some really striking images, especially if I can capture a moon rise. Imagine...details across the scene the way your mind interprets it as opposed to limiting the detail in shadow or highlights because your recording media can't capture that wide of a range.
All this is really a cool tool. It really mucks up the debate between the silver vs digital photographers out there though. There are belligerent camps on both sides proclaiming what is or isn't photography anymore. For me its the same, just different tools to produce the final image. Both groups do their share of manipulations in camera its how they post process in film or from a digital image that differs.
The final image works or it doesn't. My deal is that if the image stops someone in their tracks whether it be an unaltered photograph (whatever that is) or one that is several combined and altered digital image, it worked!
I can tell you this much though, if I were to shoot on film this bracketing would have cost me a fortune in materials and lab fees before I even got to the point where I could start printing. Thank gawd for those 8Gig or better cards too as RAW files are huge.
Anyway enjoy a few of my shots from last night. Wound up exploring more the relationship of color and the man vs nature hard edged intrusions. 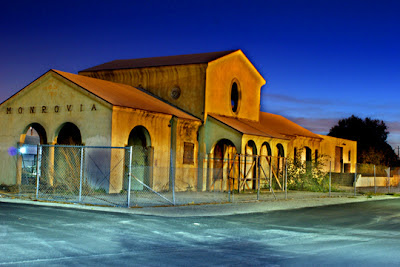 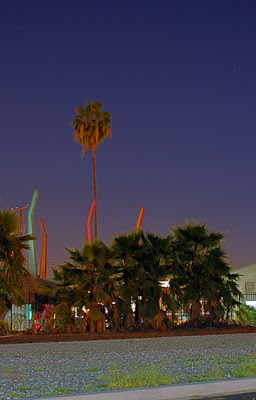 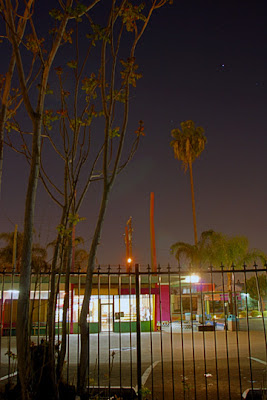 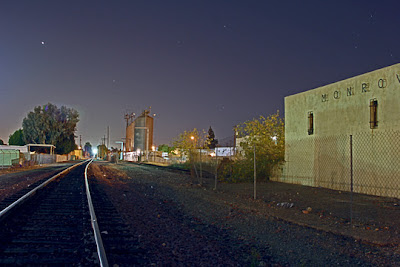 Thanks! Feedback is always appreciated!