We are truly as house divided and it troubles me greatly 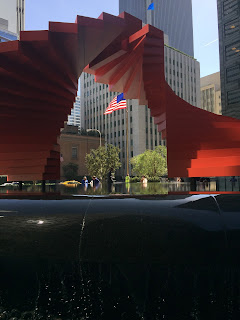 Abraham Lincoln said in a speech "A house divided against itself cannot stand. I believe this government cannot endure, permanently, half slave and half free. I do not expect the Union to be dissolved — I do not expect the house to fall — but I do expect it will cease to be divided."

Abraham Lincoln was a wise soul and we could use his guidance now.  We are truly divided ideologically.  Largely urban centers vs rural states. One is the 200 lb gorilla and the other the silent majority.  One ignored the others needs when they had the majority in DC, partisan politics ensued and voila the vitriol acid of the current election was enough to give me migraines.

Where this will all end I don't know.  There's talk of secession from the union by one of the gorilla's and I can't partake in that nonsense as I won't forsake my country or citizenship just because "my candidate didn't win".  (For the record I'm a voter without a party, both dominant parties are so busy with partisan politics that I can't consider either ones candidates and didn't again this election season).

Running away, or leaving the sandbox when you can't have your way isn't option.  Neither is continuous attacking the victors.  Standing up for what is right and making your voice known by your representatives is what needs to be done.  Hold their feet to the fire to ensure your voice is heard and they act accordingly.  So no, I won't support the nonsensical notion of secession from the Union, I'll stay and fight for our birthright...simple Life, Liberty and the Pursuit of Happiness.

What I've said for a while is we need a leader, one who can bridge the gaps between the two dominant ideological centers and find common grounds so we all can go forth and do great things.

My shiny copper bits on the the problem and a simple solution.  I don't see us getting it anytime soon so I won't hold my breath.

Cheers to a house no longer divided as a common goal.