One of those good news, bad news weeks 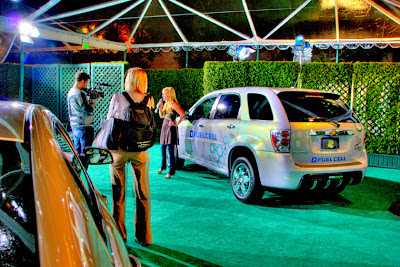 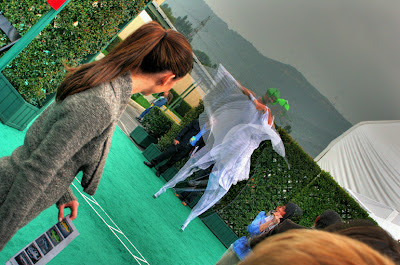 The bad news is that I didn't win the Saatchi's Viewer Choice but that's OK. I have one more shot this round and it will go up in the next few days. Chances are...your guess is as good as mine on how I will fare. I did get invited back to submit for the next round of viewers choice in March and again September so I can't be that bad. In the mean time I'll just be busy, shooting meandering down the paths of greatest curiosity. It is what I do best.

The good news, is actually some pretty interesting stuff. The local PIO guy tried to make a big deal about me not being "media" or "press" a couple of weeks ago. No biggy, not like I claim to be some great writer, I do photo remember? Regardless, it backfired on him and oddly some of the bigger media picked up on the story and ran with it. The upshot is that real PIO guys and some corporations saw the article and contacted me offering me "Press Passes" and "Media Passes" as well as invitations to their events.

The first such event I got invited to one GM held Tuesday night called "Chevy Rocks the Future". It was an interesting event, LA area kids won passes in with their parents. Learned about what Chevy is doing to be the lead for the domestic makes in terms of alternative, clean burning fuels.

It was held at the Disney Lot in Burbank and was packed with a lot of the Disney TV actors, some from ABC to promote environmental issues at a kids level and what they can do. A no pressure night, a lot of fun. Then it ended with the Jonas Brothers giving a 2 hour concert.

Interesting for me was being in a press line up with some 50 or so other media members and their entourage. Then the actors were taken down the line and we got our photo ops and asked questions. I did mostly photo. I got to shoot some interesting people, hear some interesting stuff. The shooting was the best. I even got a couple to add to my HDR people moving series.

Enjoy the two pics from the event. They were shot bracketed +/- two stops. The files were then run through Photomatix HDR file generation and tonemapping programs. The final image was processed in CS2 and the virtual photographer plug in to give it a bit more illustrative look and feel.

Posted by frazgo at 3:46 PM No comments: 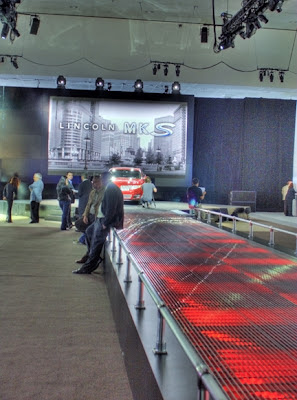 I wrote about it a while back, but here goes. The Saatchi in London is running a Viewers Choice contest where they invite a few select artists to submit work for judging by their viewers. The winning piece when it is all said and done get's hung in a new gallery and a cash prize. The cash is nice, but the big deal for me at least on the old CV is having a piece at the Saatchi.

The piece in this round is "Lincolns Last Stand". It was shot bracketed with the intention of using HDR to capture the full range of lighting and detail yet bring about a surreal view bordering on commentary.

An auto show is a very strange event to see on a press pass (yes, the gabacho got one through his writing on blogging.la). After all the hype of a new model roll out the crowd dwindles, an odd pressman about with the car on center stage. All forlorn and not unlike a bride stood up at the alter. The interesting bit is that the MKS is what may well be Lincolns last attempt to be a player in the luxury car market before being downgraded to entry level luxury. My editorial bit, could be wrong....

The images were shot hand held and bracketed 2 stops +/- from average metering. The RAW files were post processed into an HDR file with Photomatix Pro. The same program was used for the tonemapping. After that the final image was processed with Virtual Photographer to further enhance the real/surreal qualities of an auto show. 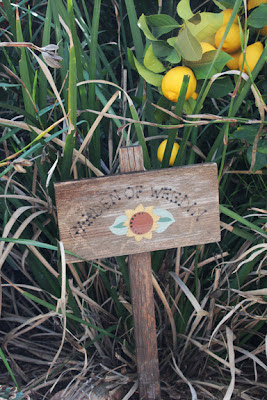 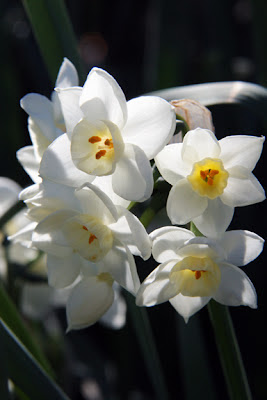 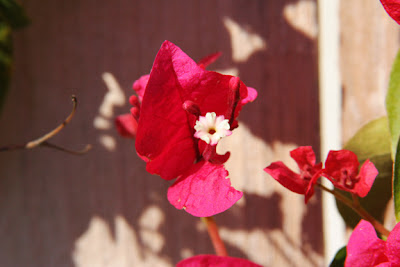 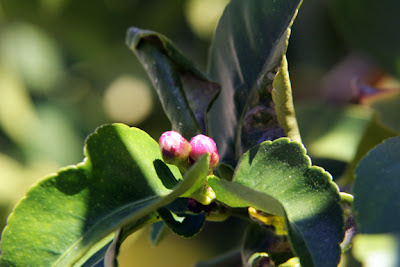 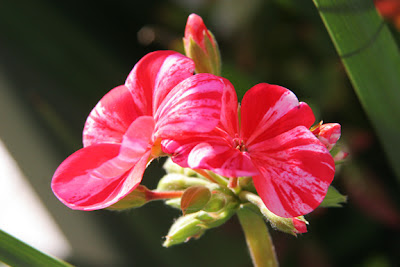 Yesterday it was 84, today we made it to 90. I'll take it. My cousin in Minneapolis let me know it is 15 and snowy cold with -15 expected. Anyone care to guess why I stay in So Cal? I like the idea of spring in early February, not when the calender says it should happen, and certainly not May like it is in the snow belt states. I like this way much better.

I am just about done with all my winter gardening chores. After some 5 weeks of steady cold (this past January was the coldest in 30 years here) with a lot of rain storms it finally got warm again. Some of the early spring bloomers have popped up and are making their first show of things to come towards the end of March. Paper Whites are blooming, some Geraniums followed suit. The bougainvillea on the fence are all back in full color. The first blossoms on the lemon tree are showing up. (Never mind I have over 200 lemons just ripening for harvest in the next few weeks).

Enjoy the stroll through my garden. More to come as we make the final sprint to full fledged spring and everything is in its first flush of color.