As a pastafarian, I approve.

Little I can add.  His noodly appendage nudged some common sense back in the bible belt.  I like it.  No offense found here.
Posted by frazgo at 7:01 PM 1 comment: 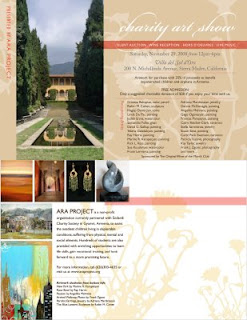 Sometimes life makes some interesting twists.  I got invited to attend the Charity Art Event sponsored by the ARA Project.  ARA Project is a non-profit group working with an Armenian Charity to bring relief and aid to the neediest children in the rural areas of Armenia .  All the artists are donating 25% of their sales to the charity.  Yes, that means 25% of your purchase is tax deductible while benefitting some children and decorating your walls.
The Charity Art Sale is a one day only event, and certainly a nice distraction from the malls.  It will take place at the Villa del Sol dʼOro in Sierra Madre.  There will be wine, cheese, live music and of course a lot of great art for sale.  There will also be a silent auction and I will have a piece in that with all the proceeds then going directly to the charity.
I'm glad to have the chance to participate as this fits in with my goal of donating a piece a month this year to charitable groups for their fund raising purposes.  I may not be rich but can support their cause with these donations.  I haven't decided yet which piece will be used, I may give them the Arched Walkway for the silent auction.
Now here comes the bizarre twist in a 6 degrees of separation sort of way.  I signed on long before I found out that Wine of the Month Club here in Monrovia is the primary sponsor of the event.  WotMC is owned by Paul Kalemkiarian.  My Uncle Dan VanDorpe did the engineering and design work for Paulʼs Father-in-laws trash recycling plant many years ago.  How is that for paths re-crossing on new lines!
Villa del Sol d'Oro is located at 200 N Michillinda Ave, Sierra Madre.  They do have a suggested donation of $20 at the door and I can't tell you how hard they'll strong arm you for it on the way in.
All the details you could want are on the attached oversized postcard above that does get bigger with a click.
Hope to see you all, if you can help out on the silent auction that would be great, if not we certainly can tip a few glasses of wine and chat away real time.
Posted by frazgo at 8:00 AM 1 comment:

LA Auto Show was my second home this week 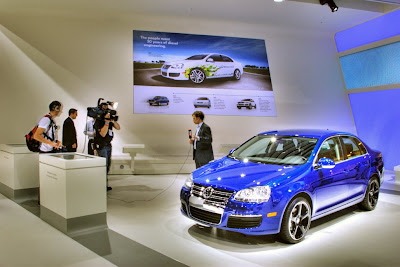 Dang what a busy week its been.  The LA Auto Show keep me busy this week, that good kinda busy exhausted in a good way kind of week.  Monday it was the Mustang Reveal Party down in SaMo.  What a terrific freaking car that is.  Not one for the masses, but one for those who don't need the capacity of a small bus, like to DRIVE a car instead of just aim it down the road.  But that is another topic for another blog.
Wed/Thurs was "Press Days" at the LA Auto Show.  That is the day that the automakers get their 20 minutes or so to put their best dog and pony show on for the media and 'splain why their cars are the next big thing to ignite a soft market.  Some hit bullseyes, other leave me flat.
What I have learned is soak in the cars, talk to the engineers who built the damn thing and then learn how good it really is.
An interesting development came to the LA Auto Show last year and that was the naming of the "Green Car of the Year".   The Press got to drive the cars, which was me too.  I'll save you all the blather and sent you directly to my Metblogs post for the deets.  Suffice it to say I walked away with the present and future of the "green" car.
The photo here is also the lead on the Metblogs post I did.  The Volkswagen Jetta TDI won the "Green Car of the Year" for 2008.  With it comes a lot of media attention followed closely by advertising hype.  VW should be proud as they did what no one expected in the US...made a very clean diesel, one that rivals a hybrid without all the complexity.  Very nice car to drive.
For hours after the award was made journalists were lined up to interview the VW folks or just tell the VW Story.  In the image here a journalist from Germany was there yammering away about the wonders of the car (my guess as I don't speak German).  It struck me right then in there that the LA Auto Show is now a world class show.  A huge improvement over 3 years ago when it was still pretty much a dealers lot set up with strange customs to add to the dealer mark up and left over concept cars from the prior years Detroit Show.  This year the LA Show just rocked, 17 world premiere's were here, 22 North American premieres rounded out the show.
Anyway, the image of the Jetta TDI under the German limelight is a bracketed shot.  I used Photomatix to post process into an HDR file which in turn was tone mapped to make the car the "star".  The final image was washed with virtual photographer for some color correction and a return to some true black so the image popped.
Posted by frazgo at 8:25 PM No comments:

What I did last night...2010 Mustang Premier Party

I'm off very shorty to the first day of the LA Auto Show media days...yes, they recognize me as legitimate media and gimme a full pass.
This years LA Auto Show is so cram packed with world premieres and other events that the good folks at Ford didn't have enough time to premiere all of their new cars.  The solution was to hold a party in SaMo to reveal them all.  I have tons of  raw pics on Flickr.  I'll get around to doing my arty stuff after the weekend is over.
Until then enjoy the videos from my little digicam of the Falken Racer drifting and the drive on of the new 'stangs.  Great cars, Ford is going to do well with them.

Posted by frazgo at 6:33 AM No comments:

I think Lincoln has a home run with the 2010 MKZ 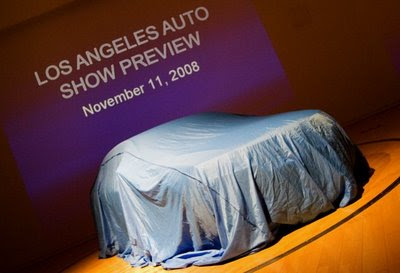 Actually I think they have a knock it out of the park home run with the MKZ.  And for kicks and giggles while they were running the bases they kicked the ES350 squarely in the crotch then knocked the G35 into the dirt for good measure as well.   I just wish I could show you all the pics and give you the details right now.
I got to sit in it and take a bajillion pictures of the car today.  Ford made us promise to abide by an embargo until 12:01AM on 11/19 for this little sneak peak and chance to talk with the entire design and engineering team behind this car.  It is an amazing car.  You'll have to watch for my post going live exactly at 12:01Am, and shortly thereafter the pics will be in the 2010 MKZ on my flickrset for the MKZ page.  Yes, I'm abiding by the embargo, I won't burn anyone that treats me this well.
Also...while there I confirmed that the 2010 Mustang Reveal party is taking place on 11/18 AND that car is going to be nothing short of amazing as well.  I even wrangled out a ride with a pro-drifting driver in the 2010 GT.  Now if I can figure out how to video it all as well as get some pics.
Oy the next week and half leading into the LA Auto Show is going to be fun!  Thanks Ford.
Posted by frazgo at 7:16 PM 2 comments:

Still strolling down the Orton Path 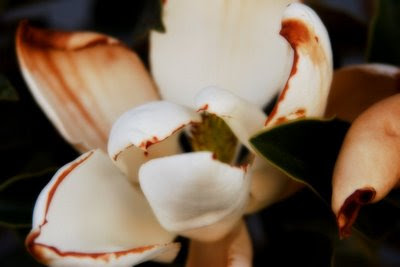 In a business park behind the Orange Curtain I spotted some new landscaping going in.  When I got close I was pleased to discover that it was small Magnolia trees going into the parking lot.  Imagine my surprise when I found there were actually blooms on the tree and here it is November!
This blossom was only beginning to open and it looked more like the gaping maw of some old dragon or "spice worm" rather than what would soon be a beautiful Magnolia Blossom.
This was shot in "open shade" which meant it had an overall blue cast.  I worked from the RAW file adjusting color balance and exposure.   I then used layers of increased saturation and blur to overlay recreating the old "Orton effect" that used to be done with silver based 'chrome films.
Posted by frazgo at 8:58 AM 1 comment:

The Lario Trail Park in Azusa is right on the San Gabriel River Bike Path.  You can ride that path nearly 30 miles from the mouth of Azusa Canyon all the way to Long Beach and the ocean.  Pretty nifty and if I had knees that worked again I would be doing it.  Until then I usally use this as a spot for hikes where I can shoot and just enjoy the quiet of the river.  That is providing the river is "on" at the moment either by the magic of nature or help of the Corp of Engineers that control the flow from dams up stream.
The image is an HDR image.  I bracketed the exposures +/- 2 stops and used Photomatix to generate the HDR files.  The same program was used for the file tonemapping then Virtual Photographer was brought in for final image adjustments.  Enjoy.
Posted by frazgo at 9:15 AM 2 comments: