Art supporting the other arts...

No secret that I support all the other non-profit art groups out there. When I was approached by Jill Maglione, Vice-president of the "Happy Hour Theatre Group" for a piece to be auctioned at the upcoming fundraiser I not only said yes...but offered up some ideas on how the group can raise money.

It promises to be a fun and cheap evening at only $10/person. That gets you drinks, munchies (they were fancy and called it hors d'oeuvre even). There will be local artists present, art all over the place, live music and a special performance from a Magic Castle magician! And...there will be raffles and door prizes too. Go, "Dress to Impress" as their invitation says and have a great time.

Also...a final tidbit, since "Happy Hour Theatre Group" is a non-profit group as defined in 501 (c)(3) your $10/person is tax deductible.

I'd be there as it really sounds like fun, but alas I'll be half way to London. At least if you go you can see one of my pictures taken in the Yosemite Valley at sunrise a few years ago "Merced River Fog" 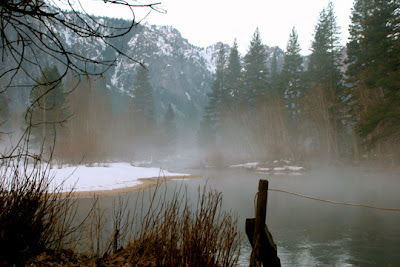 Thanks for the shout-out Frank! -Jill