HDR & Humans...predictors of movement
I knew from the beginning with HDR one of the variables with the process that could get wonky is registration. Specifically a noodge while shooting each of the 3+ bracketed frames you could have off registration that would make a literal image not work. I'm just not well adapted to tethers, ask my Mom I spent a part of my terrible 2's on one. (Probably explains my unwillingness to stay in the lines even now).
Tripods are like a tether as they restrict my spontaneous movement. I've gotten better with making sure I stand still for the various frames. I somehow have gotten good at finding already built in brackets like fire plugs, light standards and statutes (don't ask) to help me brace to avoid that challenge.
I suspected that human movement would cause registration problems too. Like the original long exposures when the first cameras and processes were used in the late 1800's things got blurred if they moved. That's why eye's looked so funny...blinks caused eyes to lose their shimmer.
I anticipated that movement would cause multiple variations of the object in motion when the HDR was generated. I kinda liked it. A LOT. Sliding down your blending you wind up getting some vary distinct ghosting images from the under/over exposed portions that look as if you are capturing the soul in a freeze frame motion. Very cool. So far the results have been stopping people in their tracks. A good thing in my book as it is something I want to explore more. Getting a reaction makes it more fun.
All were shot free style (no tripod) RAW. I used a bracket of +/- 2 full stops. Photomatix generated the HDR files then I used their tone mapping program to adjust the range of tones.
The final image was color corrected and post processed through Virtual Photographer by OptikVerve. Enjoy the results. 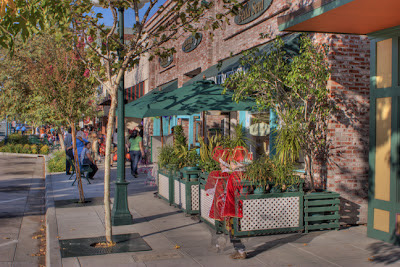 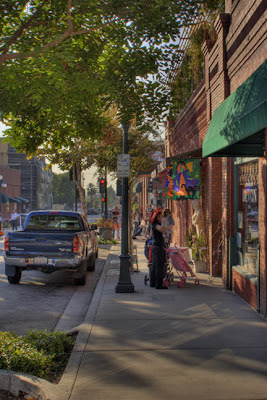 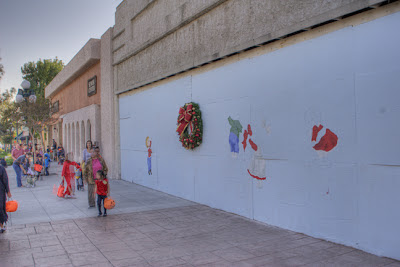 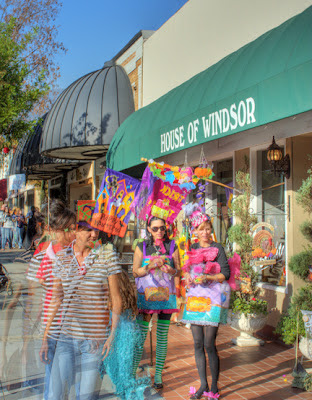 Re. 2nd photo - sidewalk
- -
I have to comment on the light reflections of all kinds and in subtle ways. I am astounded by just how beautiful it is, sunlight through trees.

Thanks for the comments, I love the play of light and the color of light as the day progresses.