Predictors and a cool old Ford 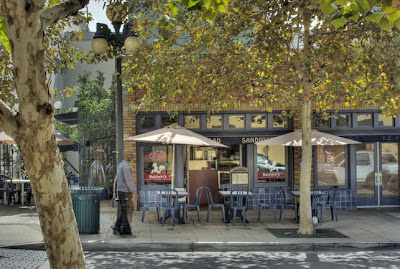 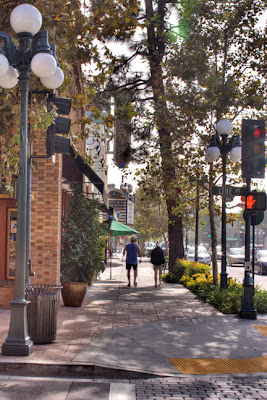 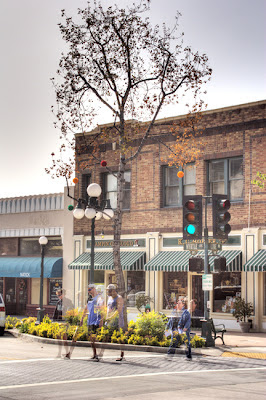 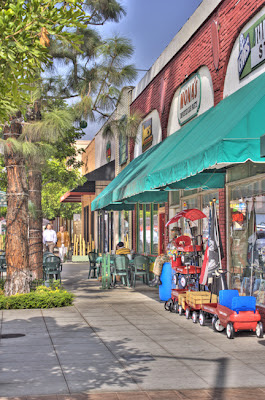 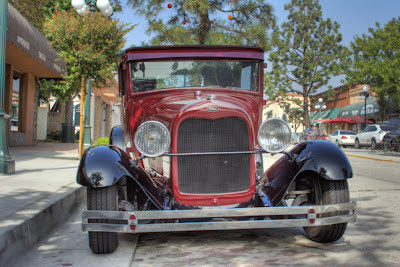 Walking in my 'hood the other day I relished the relative quiet and quaintness of Old Town Monrovia. Some of these scenes may strike a cord of familiarity, and rightfully they should. Old Town Monrovia has been the setting for the TV show "October Road".

Kind of nifty to see them in action. It's usually during the week, at night that they do all of the shooting. In August when it was 115 freaking degrees and there were trees with fall color and windows frosted to look like fall. In a similar heat wave around 100 in September we arrived on Myrtle and Lime Avenues to find it several inches deep with man made snow for the Christmas episode. OK, I've been in LA for a long time but I'm still digging the whole movie thing, not jaded at all. Having your hometown used as TV or Movie set just kicks.

The last bit actually is part of my "found on road" alive series on flickr. It's amazing the great old cars you see just being driven around town. Some beat to hell, others just pristine like they belong in a show somewhere.

This entire set was shot the other morning while meandering around town and just shooting. I went out with the intent to shoot it all post processing and giving it all a surreal edge. It's that impressionists bent I go on at times. As always they were shot with the Eos20D, a super long zoom, bracketed +/- 2 stops from base average metering. From there those RAW files were joined with the Photomatix HDR generation programs. The HDR file was then tonemapped, converted down to 8bit files that were given their final tuning and a run through Virtual Photographer. Enjoy.

I love this series of photos.

This part of Myrtle reminds me of downtown Napa.

Have I mentioned lately that I love wine?

Thanks Jill and Miss H....and I love a good bottle of wine, often.