Cars, Cars, Cars....found on road alive.
It's no secret I love cars. Mostly those old beasts prior to 1970 before they had their compression cut way back in the first effort to control what spewed out the tailpipes. I do like a lot of the very early 70's cars, at least the big blocks as even with the compression drops they still put out tremendous tire smoking torque.
In So Cal we are in a unique position in that they cars really get run to death before they die. Unlike the rust belt where they are just a corroded hull in 10 years, our cars last several decades. Many old 30 years or more and still intact and running. I call those "found on road alive". I have have a page in my Flickr account named just that.
This last week I stumbled across a bunch of guys working magic on old car with HDR Digital Photography and taking the old beasts into the surreal. I too am starting that trail too. Where was this brilliant idea last month when I was cruising through the Monrovia Hot Rod Show!
So just wandering about town the other day spotted these 3 beasts in various states of being. The last is an old Riv' that falls in to the Predictors realm I blogged about the other day. 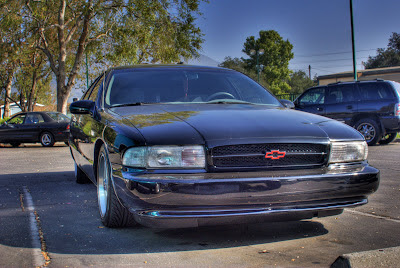 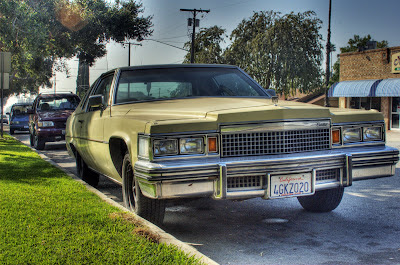 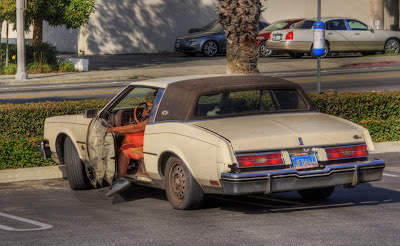 Stay tuned for some more pics here and on my flicker pages.

Turns out that I got invited by GM as a blogging.la writer to attend the LA Auto Show 11/14. That should be a hoot. Me considered a writer, but it should be fun. Getting in and shooting without the masses of strollers around should be even better than public days.