Somethings are so surreal you have to show 'em that way 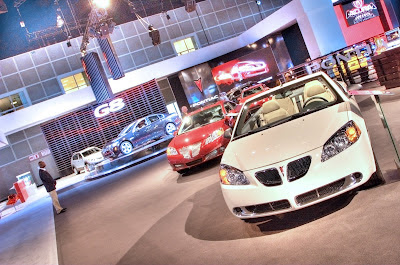 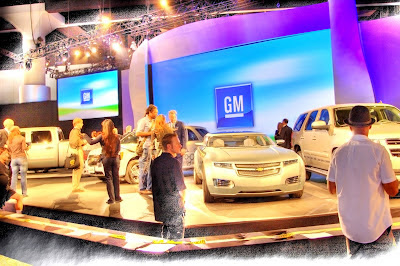 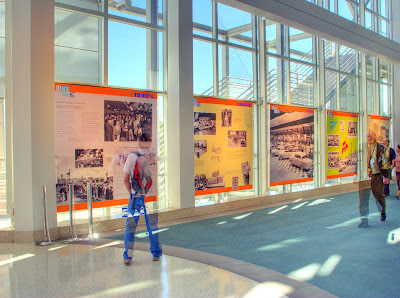 The last several days its been busy with a lot of stuff in general so it's been hard to explore my favorite obsession of the "predictors". In some respects the way the HDR programs handle movement it reminds me a lot of how the abstract painter LeRoy Neiman portrayed movement. Rather than blurs it was bits and pieces representing parts in motion that when viewed as a whole you got the impression of speed, direction and strength within the setting.
I actually had the pleasure of seeing some of his works back in the day when I worked at the Fasion Show Mall in Las Vegas and a gallery there had a huge show of his original work. His was the first blending of impressionism and abstraction that worked for me.
Although I can't claim my exploring of what I call the "predictors" has the quality of his works, you can see what direction I am currently exploring. As discussed within here before it was sort of a happy-accident that I started down this path.
Anyway car shows are surreal, especially during the press events where there are few people about. IT is very museum like on those days with the exception of where the scheduled media event is taking place. Cars are presented as works of art, people oooh and ahhh as if they are just that. I am a car nut, gear head, fanatic but at the end of the day they are really just an appliance to move about quickly during the course of our day.
This set was shot with HDR post processing in mind. I kept the "film speed" down to allow longer shutter speeds to allow blurring of moving objects. It was all post processed in the Photomatix HDR generating and tonemapping programs. Final bits were complete in CS2 with help of "virtual photographer".
An interesting phenomena that came about for the first time is how black areas feather out and suddenly become devoid and glaring white. At first it bugged me, much like trying to balance different colors of light. I could control the phenom a bit through adjusting contrasts and even could have cloned it over, but I decided not to. The point behind this was to portray the surreal side of the event and kept it. It almost brings it to the realm of torn paper or feather edged soft edges from a sketch book. Since I have neither the patience nor talent to do that I let it stay. It adds to the final image so I called it a happy accident and moved on.
Enjoy the last of the LA Auto Show series. I may starting hustling press passes as these get me into things I never dreamed off.
Posted by frazgo at 3:15 PM