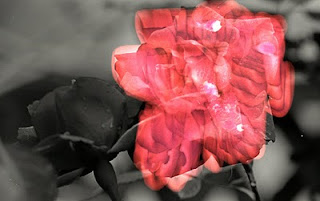 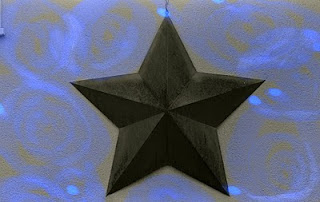 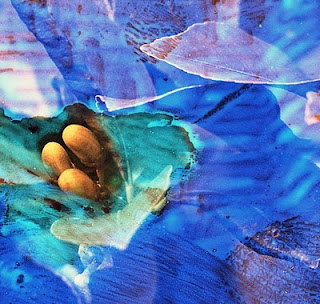 Well I finally did it. With a little procrastination and a lot of trepidation I pulled out the negatives from the other day that I intended to color on and did it. Interesting results.
I did a test strip of colored squares to see how they'd convert on a blank negative. Pretty much as expected emerald green yielded a red, blues gave me shades of yellow and vice versa. The pens I am using have a broad side as well as fine point, I really experimented most with the broad side as I really wanted to see how it would translate to color before I broke out the fine tip points.
In a word, the results have been kinda van gogh-ish when one tries to color an entire negative. For reasons only Epson would know the scanner does freak out on full frame colors opting to take only a portion. Hence the more or less square one here. Hmmm...I do need to figure out the cause if I am going to make a go of this hand coloring experiment, kind of pointless to shoot full frame and lose nearly half during the scan. Getting a crop where one isn't intended isn't really the way I want to go with this.
Not sure exactly where I want to go with this. I don't want real color but do want to learn to stay in the lines a bit better. The interesting thing about full frame color that I have discovered so far is the resulting image looks to be more of a double exposure than simply colored. I do kind of like the effect so I may well do more of it and work with the scanner freaking out during the part of the process it does.
Who says you can't add color where none ever existed before on a B&W negative.
Posted by frazgo at 3:04 PM