Dramatic skies in black and white 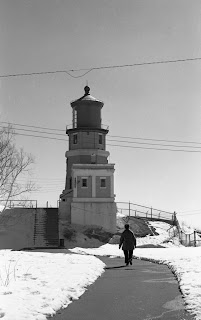 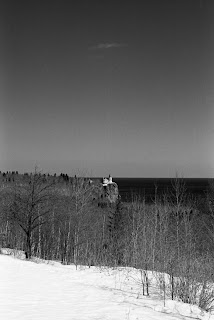 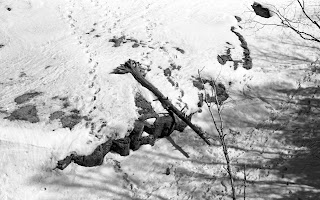 So my love of a dramatic sky, whether it be deep deep blue in hue or cloud filled and angry can be date quite a ways back.
Somewhere along the line in my Black and White work I wanted more than what the film could do on its own.
First I tried polarizing filters and that helped to a degree to darken the sky on a cloudless day, but it wasn't quite enough.
I opted to purchase a deep red filter for the camera. This accomplishes many things with a panchromatic film...one that is sensitive to all colors equally. First darkens things opposite of red on the color wheel like greens and blues, secondly it lightens reds and its neighbors like yellows all of which contribute to a more dramatic image than simply shot without a filter.
These were shot at and near the Split Rock Lighthouse on Minnesota's shore of Lake Superior for an "general magazine" assignment for my "C&P 408" class back at SIU-C.
An interesting trend I noted in my images from the beginning of college to the end is that I relied less on cropping and shot with full frame in mind more in my senior end. Blame it on my fine art photo friends and their "full frame society" that they had than anything else.
Posted by frazgo at 8:14 AM