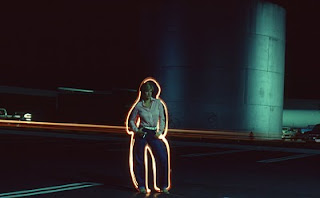 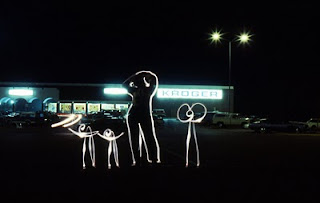 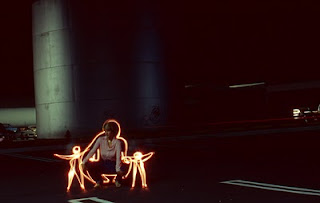 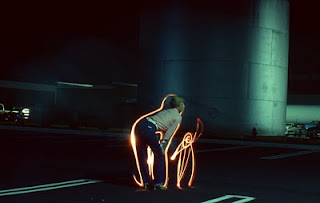 Back when I was in college I did an independent study program my senior year in a fine art vein instead of following the commercial path I had been on. A lot of reasons for it, chief of which was I wanted to explore my creative artistic side beyond what a commercial studio would do.
I had stumbled upon the idea of painting with light during my intro to color class and fooled with it a bit. What I did to achieve the effect was to place the camera on a tripod and leave the shutter open several minutes with a small "f" stop for max depth of field as well as allowing maximum time to "paint" with the light. The light source that I painted with varied from flash lights to sparklers. I often times lit the model with a quick flash from a strobe so that part would be properly lit so I could focus on the time to paint with the light source.
Here are just a few examples, more can be found in my flickr set called "Early color work"
Posted by frazgo at 10:46 AM