The Art Deco period was amazing. Born of the glitz and excitement of the Roaring 20's it lasted up until the start of WWII. The industrial arts and design didn't escape and influenced many a car design.


In the early 1930's Edsel Ford saw the need to have a bridge car between the Ford and Lincoln line. The Mercury line was devised as just that bridge in the products to make them a full line auto manufacturer.


The Mercury started its life in the early 1930's as the country was beginning to come out of the depression and was started with a clean sheet. It borrowed design themes from the two existing divisions with a look to more luxury and drew heavily from the Art Deco movement with its flowing lines and heavy use of chrome to set it higher than the basic Fords of the time. It's best illustrated in the details such as the hood ornament and grill from this 1941 2 Door Sedan spotted at a recent car show in Monrovia. 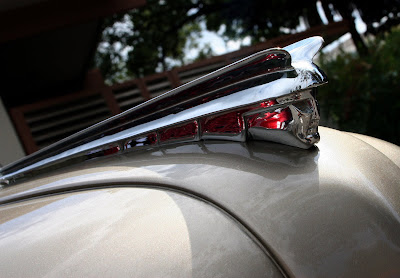 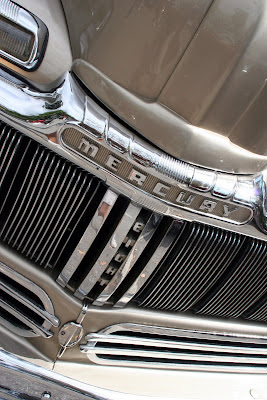 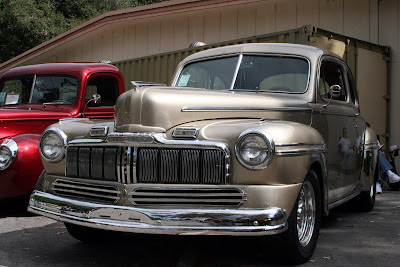