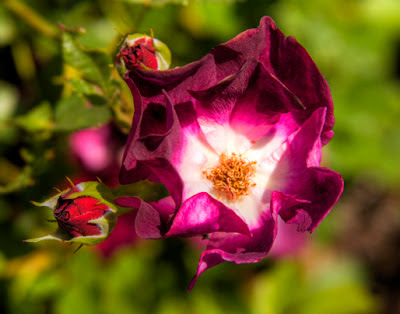 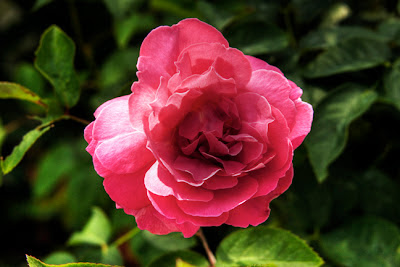 Recently while cruising the FlickrHDR I stumbled across an interesting subgroup "Flickr Tone Mapped". This interesting group tonemaps images but not from HDR files, rather from their single exposure files. It got my attention and I decided to see what I could do with it.

Working from single exposure RAW (CR2 in Canon speak) files I used the Photomatix Tonemapping plug-in instead of Photoshop's as it give me more control and better results. From there I was able to micromanage many variables much like I did back in the dip and dunk days in the dark room. End result is that micromanaging your image in the PC rivals some of the stuff you could do with silver based imaging. Not the same breadth of detail you see in HDR but very controlled traditional imagery

Both of these were images were shot with the EOS20d, aperture value "f8" with the 28-200MM USM lense with evaluative metering in the RAW mode. Final images were dumbed down to 8bit, resized for here in jpeg format. Yes, detail is lost in the process but you get a good idea of the final image.

For you gardeners out there the purple rose is "Route 66" shrub rose developed by Weeks Roses that I got simply because it is a deep purple, unusual for roses. The pinky rose is a David Austin English Rose "Mary Rose" which I have had for years and keep trimmed way back. It fades from deep pink to light pink as the bloom progresses from bud to spent.