HDR and cars are a good combo 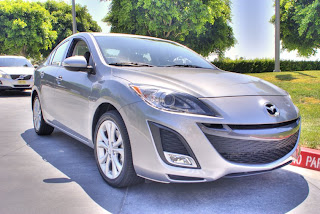 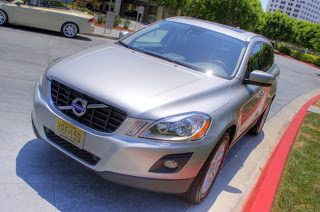 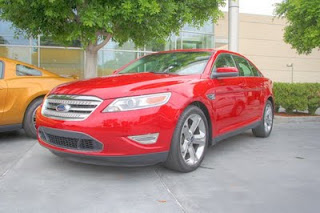 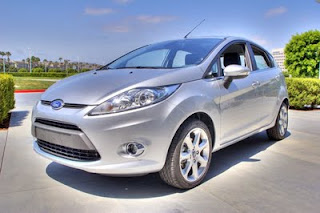 2011 Ford Fiesta (Pre-production prototype)
I'm not quite sure why, but the auto manufacturers tend to love to give you either red or silver cars for their ride/drives at press events. Arrest me red, perfect for a performance car especially when a member of the press is trying to get a feel for its potential while running it through its paces. Especially on marked routes where you can't deviate cops love to sit and wait. No, I didn't get nabbed but is a concern when in a red car with MI MFG plates on it.
The other color they like to give is silver. Looks great, but it is hard as hell to photo without completely blown out highlights on large expanses of the car. IT also picks up the "blue sky" too well in the shadows which makes color balancing a bugger. The latter you can only do so much with a photofilter in CS2. The former, you can actually do a lot with by bracketing your shots and generating HDR images. At that point you can get shadow detail back, but more importantly control the white clipping and keep the all white highlights smaller and more natural in apprearance.
Of course being able to control the contrast and micro contrast makes it possible to highlight the cars much more differently than a straight image. Gives you the chance to drift into the surreal too which I like to do to make the car stand out more in an illustrative manner.
All of these images were shot with low ISO (200) for minimal noise and maximum detail. They were bracketed +/- two stops from average. The RAW files were run through photomatix for the HDR file generation as well as tonemapping. The final image was put through virtual photographer to clean up the cyan hue (some were shot on an overcast morning) and give them the punch of the old uber saturated contrasty Cibachrome print material.
'Nuf said, enjoy the images from a day with Ford/Mazda and Volvo and their LA 2010 Model Reveal.
Posted by frazgo at 1:45 PM