Cars, People and 'nother slip in the adventure bucket 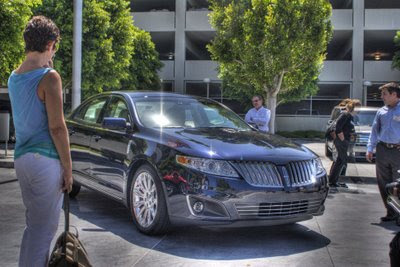 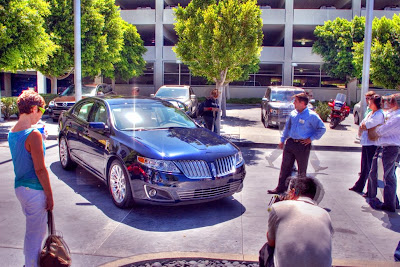 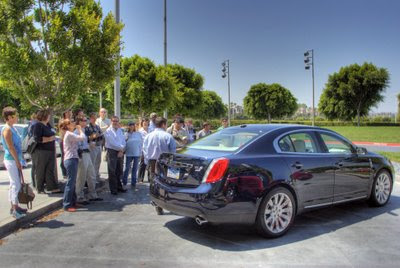 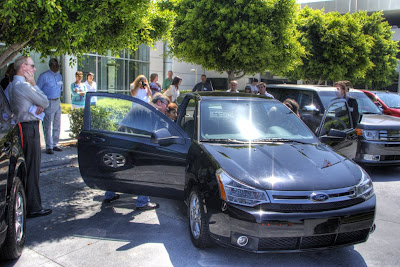 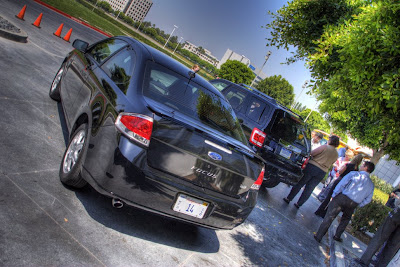 I'm a pretty optimistic person most of the time. Rather than a bucket list of things I want to accomplish, I have a list of cool stuff I've managed to do. My adventure bucket keeps growing and its nice to see. Each adventure I learn something new, experience something new.

Tuesday I got invited to Ford's 2009 Media Ride and Drive for the LA area. Odd..they call it LA but actually I had to venture behind the OC to attend. All very interesting, more so in the talks about the cars coming our way and their new Sync system. Of course it allows me to get into more situations to photo stuff I normally don't get to do. I got this invite through a post I did regarding the 2010 Chevy Camaro on LA Metblogs. Of course this adventure appears as a post on LA Metblogs titled "Ford Takes LA Beaches and aims for a little more".

The images here are of the 2009 Ford Focus Coupe that is just now going on sale and of the 2009 Lincoln MKS that went on sale in July. The images themselves were taken during the pre-drive discussions with the PR Guys.

I shot them bracketed knowing that the people moving would be out of register and that would add to the surreal illustrative image I wanted in the end.

After the HDR file is generated I used photomatix tone mapping to adjust the contrast range, micro-contrast and the final blending to better isolate some items while allowing others to blend into the background more. That final file was then given the final post process in Virtual Photographer to bring back some contrast and saturation to further move it from the real to surreal in the final image.

I like the final images. The cars were the subject of the day and how the media attending interacted with them was more entertaining.
Posted by frazgo at 7:20 AM