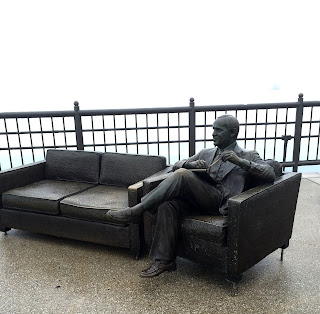 
Chicago is world renowned for its public art.  For good reasons, its masterfully done my major artists and free to everyone.  Its like fine jewelry that sets the city apart from the rest with the right amount of bling to be a significant attraction for tourists and locals alike.

In the city or surrounding water front parks there is plenty to see and appreciate.  It draws people to them like a magnet.  Its sometimes subtle, other times in your face making you interpret what you just saw and experienced like "The Bean" 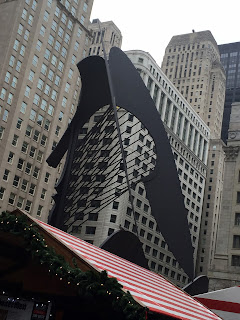 Our tour guide for our city walk about was my old roommate in College...A Steve Warnelis.  He's a wealth of information on the city, its art and history.  This Picasso was rumored at one time to have been a cubist abstraction of Picasso's girlfriend but current thinking is that its his dog.  Regardless hit Daley Plaza in the heart of the city and make your own interpretation of this modern beauty that started Chicago as an "art city" 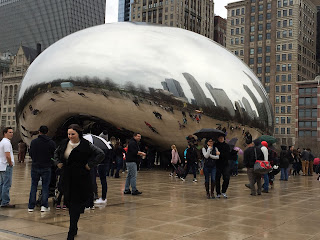 Among the cities newest and most wildly popular Cloud Gate aka "the bean" because of its unusual shape not unlike a giant kidney bean.  Its an amazing piece of highly polished and reflective stainless steel that invites you two walk around and see how it distorts reality. 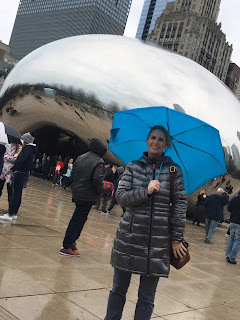 The lovely Mrs at "The Bean" 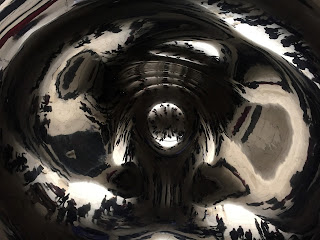 Inside and under "The Bean" 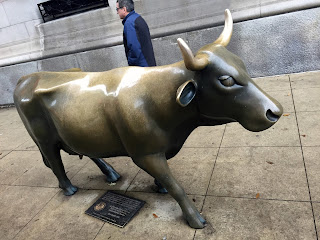 The Bronze Bison in front of the Chicago Stock Exchange isn't an homage to a bull market, or even to urban legand Mrs O'Leary who's cow reportedly caused the great Chicago Fire.  It is an homage to their past and origins as a rail head city and slaughter house in its early years where bison were herded onto trains and butchered and distributed to points east via the rail road.  From this cast bronze statue hundreds of fiberglass replicas were made and shared around the city.

Not to be outdone and adding to the visual cacophony is all the stores on Michigan Avenue each vying to out do the other with its visual display. Hands down Macy's in what was one the Marshall Fields and Company flagship downtown was the show stopper with its windows for Christmas.  It was devoted to a space theme with astrological and planetary displays.  This one for Saturn and Jupiter was the one we could see best as the rest were totally mobbed.   MOBBED I tell you. 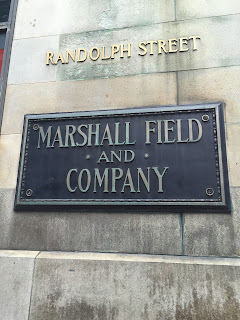 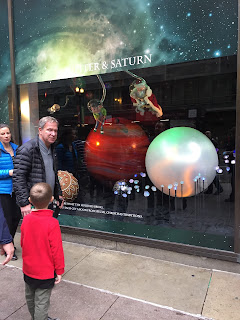 Just a few highlights from our trip to Chicago for our youngest graduation from Navy Boot Camp at the Great Lakes Training Center a few miles up from Chicago.

I look forward to visiting that great city again and taking in more of its museums and public art.

Loved the Macy's display. the Bean was my fave when I was there chalking 5 years ago. Safe travels and a great 2016 Frank!