Aquarium of the Pacific 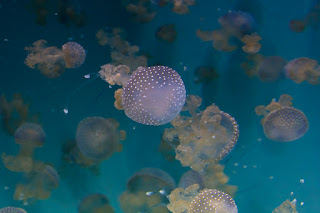 Aquarium of the Pacific is a must see place, not as big or dramatic as the Shedd Aquarium in Chicago, but it does a marvelous job none the less of presenting local sea life to the visitors.  They do an exceptional job of displaying local aquatic habitats found here along the Pacific coast.

They even have shark and stingray tanks where you can use the two finger stroke to "pet" those creatures.  Having been stung by a 'ray once, I've learned to give them a healty respect and give them ample leeway...but that's another story for another day.

There's even a Lorikeet aviary where you can buy "nectar" concocted to match what the birds feed on in the wild.  Its a hit among all the visitors as the Lorikeet will land on your arm for that tasty treat. 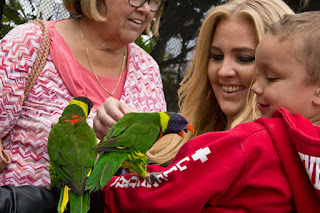 On top of the exhibits where you get to touch and feel they have a variety of movies available during the day that are either free or need special tickets to see that address the sea, its life and vitality and what we can do to protect it.